Menopause and Your Brain 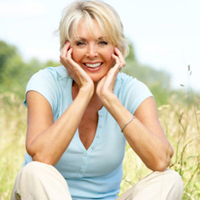 Many women experience a variety of noticeable changes during menopause. Among some of these changes is the onset of having difficulty concentrating and an increase in forgetfulness. These changes can be troubling for many and most women express concern for these changes having a lasting effect.

Although it is not fully understood as to why these symptoms arise and a lot of studies have been conducted to try and locate the cause, so far the studies are inconclusive and results from the studies have varied greatly. There are a few studies that have determined that the memory and other aspects of cognition can be improved from estrogen replacement therapy. While this is the case for some studies, other studies have estrogen replacement negatively affects cognitive and memory faculties. Even though there have been a lot of studies completed there are no conclusive results to date.

There is another hypothesis that has been floating around recently and many scientists now believe that there is less of a correlation between menopause and memory loss. According to these recent studies, scientists have determined that cognitive faculties are not directly affected by hormone levels but rather the hormone levels activate or amplify other symptoms such as mood swings and erratic sleeping patterns that are experienced during menopause. The amplified symptoms such as sleep loss are the culprits that negatively impact the cognitive functions during menopause. Scientifically this make a lot of sense considering that estrogen is known to have an impact on brain chemicals that are responsible for regulating your mood and sleeping. Once these are disrupted, you are likely to experience memory problems as a result. This may come as a great relief to anyone experiencing some negative effects of menopause because once your mood and sleeping patterns return to normal and become regulated, so too will your cognitive functions.

As a note of forewarning, anyone who is aging is going to experience a gradual weakening of their cognitive abilities as the body ages. Even though people usually become wiser with age, our brains become slower and our neurons do not fire as fast as they did in our youth. Even though our neurons are only slowed down by a few milliseconds, it is still enough to impact our memory, thinking, and ability to focus as we get older. Menopause plays an interesting role in our normal aging process with regards to our cognitive abilities. Men tend to degrade faster than women prior to menopause, however during menopause women begin degrading faster and catch up with the degradation that men have experienced. The rate of degradation shown in women who have already experienced menopause is virtually the same as that of men. So overall, even though woman experiencing menopause may feel that they are experiencing a rapid change of cognitive functions, the changes they are experiencing are likely part of their normal aging process.

The role of hormones in the brain are extremely complicated and while the experiences and impacts mentioned in this article may not apply to you, it is important to note that scientists work with averages based on research and studies as they search for patterns and consistent results that can be proven with repeated studies. As a result, your experience with menopause and cognitive functions may be completely different than studies and research has shown. For example, estrogen impacts the levels of both serotonin and beta-endorphin. Depending on which has been impacted by your estrogen, your mood may be better or worse as one improves mood and the other worsens it.

On a positive note, if you are experiencing menopause and are concerned about the changes you are feeling, rest assured knowing that even in the most extreme moments of memory fuzziness, your memory is most likely going to return to normal post-menopause. Moreover, we still have a lot to learn and research in order to get a better understanding of the menopausal brain. If you are experiencing some of the negative impacts of menopause on your cognitive functions, there are several things that you can do to improve your brain performance and ability.

Exercising and learning new tasks are important elements to keep your brain healthy!