Although the line on the left does appear to be substantially longer, the two lines are in fact the very same length. If you still have doubts, get your ruler out! This effect is known as the Sandler illusion.

Now take a look at the two black rectangles. Which one of these is longer? 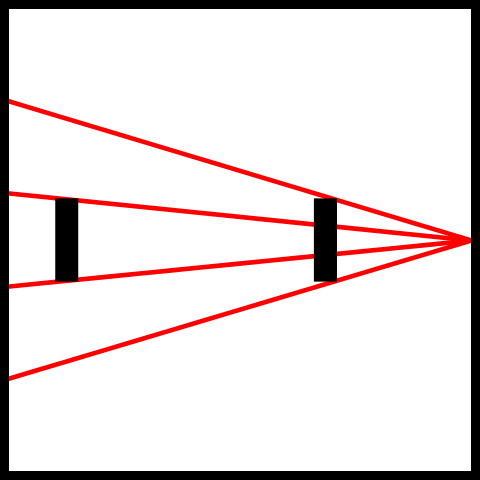 This effect is known as the Ponzo illusion. Here again, they are identical in length, but our brain perceives the one on the right to be the longer of the two.

The Muller-Lyer illusion represents one more example of this family to try out: 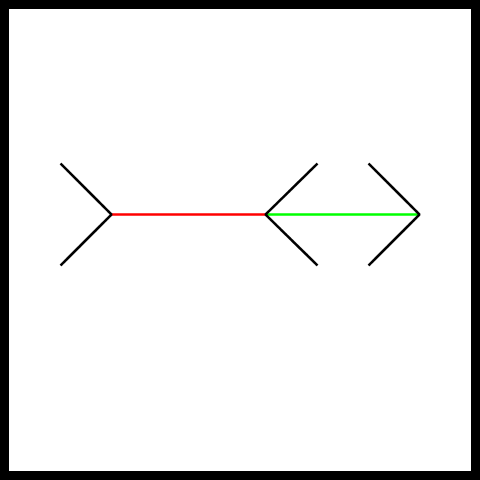 At this point you will have likely guessed that the red line and the green line are actually the same length, in spite of the seeming disparity between them. Unmasking these variations, you can tell that even though the lines seem to have different lengths, they are exactly the same! 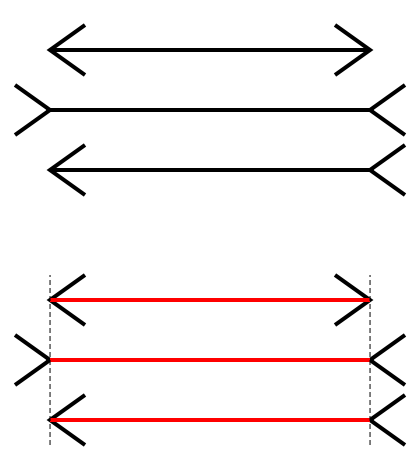 What you are seeing with most of these scenarios is what’s known as a framing effect. The elements that “frame” or surround the affected lines, impact your brain’s perception of objectively gauging their correct length. It is worth noting, that while these perceived optical illusions are found across a broad range of human cultures, this is not always the case with birds!