Our Mind Bender exercise is designed to challenge the brain’s ability to engage and attend to relevant conditions, while it disengages and ignores irrelevant ones on a continuous basis. In doing so, it helps enable the brain to become more responsive, nimble and flexible. This brain training exercise is also known as ‘set shifting’.

There are two simple sets of rules presented in the exercise. As an example, the rule could be: “If two digits appear, pick the higher one. If two number words appear, pick the lower one.” At that point, you will be presented with two digits (such as “5” and “9”) or two numbers (such as “six” and “two”). Following the stated rule instructions, the goal is to select the correct answer as quickly as possible.

Once your selection is complete or the response time window lapses, another set of digits or numbers will appear. As the exercise progresses, the correct response will change several times based on the varying rules, and depending on whether the screen shows numbers or digits.

Qualified as ‘higher order’ mental operations, these cognitive processes collect input from a multitude of brain sources and compile them together in a creative and meaningful manner. A negative aspect of executive function skills is their vulnerability for age-related decline in cognitive health. As they rely on input from many areas of the brain, there is a high probability for communication to slow or become increasingly distorted as it travels throughout the brain.

The Mind Bender exercise can be very challenging at first. It’s hard for the brain to shift its thinking that quickly! But over time, the brain gradually improves for better performance. 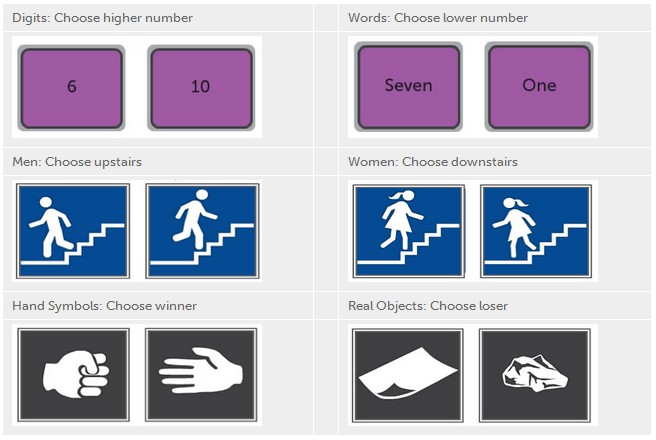