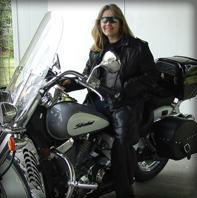 Debbie Reed is always on the lookout for worthwhile new courses, activities, and events. It was only natural, then, that she found herself drawn to an article on the Posit Science Brain Fitness Program™ in the town newspaper. She decided to give it a try. “I had just turned 50,” she explains, “and we Baby Boomers think of ourselves as forever young. We’re willing to try new things to keep ourselves fit.”

As Debbie engaged with the Program, the exercises seemed easy at first. But they became progressively more challenging, leading to an unexpected revelation. “I didn’t realize I had a problem here,” Debbie says. “You have to be alert to tones or sounds in the exercises, and I needed to listen better to distinguish them. It was very enlightening — I realized I had to improve my attention and focus.”

As she delved further into the Program, that’s just what Debbie was able to do. Not long afterwards, she noticed she could hear conversations better at work. “Living in the Deep South, and with people relocating here from other areas and even foreign countries, I encounter some pretty strong accents. I started being able to understand more people than before, even with thick accents. Now I can comprehend language without effort, even in a group.”

As Debbie’s listening and concentration skills improved, other remarkable changes began to occur. “It’s hard to express why exactly, but as I worked through the Program, I started feeling a bit younger — kind of a more youthful and venturesome attitude toward life. I went out and bought a motorcycle! Earlier, I was much too ‘responsible’ to do that. Friends had tried to get me to, but I just wouldn’t.”

It wasn’t only Debbie’s sense of adventure that was rekindled: she had been a guitarist and drummer earlier on, and still played as a hobby. Now, she was delighted to find that her renewed focus and clarity had reawakening her musicality, too. “What I’m hearing now is a lot clearer than it’s ever been,” says Debbie. “I’m even getting back into songwriting. I’m able to tap more into my creative side, stay with it, move past my comfort zone, and generate new ideas.”

Debbie’s friends and colleagues have noticed that something meaningful is afoot. “A few friends have taken me aside to ask if I’m having some kind of crisis,” she says. “I tell them no, this is more like a resurgence. I’m really feeling good, and really want to try new things.”

These days, you can catch Debbie riding her motorcycle two or three times a week… or attending a motorcycle rally, where she now participates rather than watching from the sidelines… or absorbed with writing new songs on her guitar.

She couldn’t be more enthusiastic about her experience with the Brain Fitness Program. “It’s like when you work out and can actually see results — you know when you’re developing a muscle! I really started feeling this happening, and an excitement comes along with it. It gives you a positive feeling about yourself. This absolutely creates changes, and you want to use them and apply them to your life.”